Simply a Still Life with Bread 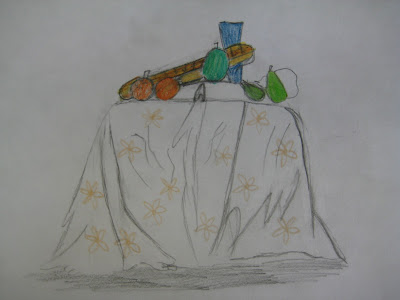 Sometimes simple is what's needed after a messy, multi-step, multi-class project. As Grade 2s finished their Van Gogh landscapes project (which I will post soon), I had them sit sketch a still life that I had set up on the carpet area. This was the first time doing still life with this grade, so it was a little bit of an experiment. I gave students just a tiny bit of instruction on sketching techniques but what I really wanted was to see was what they came up on their own and how each one of them would render the objects onto paper differently. There turned out to be such a variety of scale, persepctive, drawing style and composition amongst them. It was very interesting to see what they included/excluded and emphasized in their drawings. (P.S. There were two classes and two different set-ups so the drawings are a little different for that reason as well.)

But what may have been the best part was breaking bread. At the end of both classes, when they were all sitting to leave, I took the huge loaf of French bread and starting tearing it up in front of them. You can't imagine the looks on their faces when they realized that they would each be getting a piece. They were so excited! Who knew that such a simple lesson and the simple pleasure of eating fresh bread would be such a hit. :) 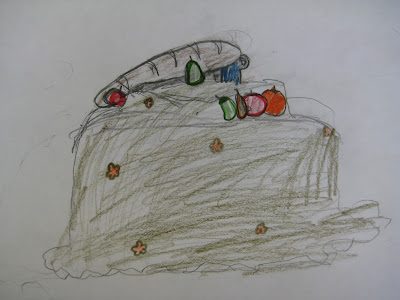 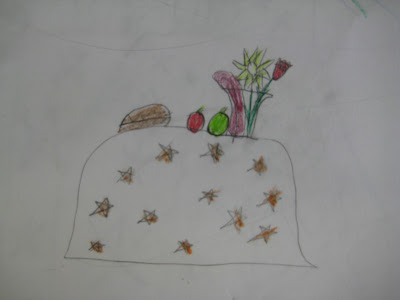 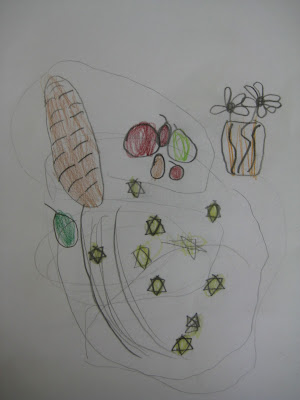 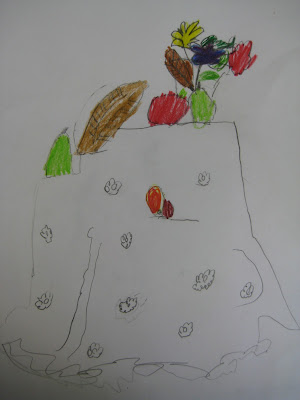 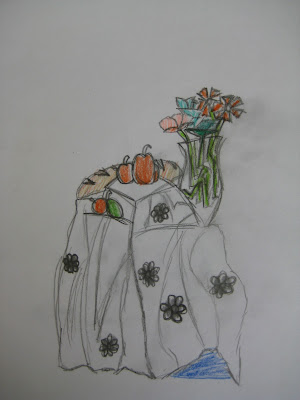 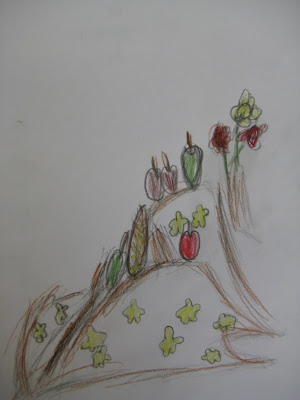 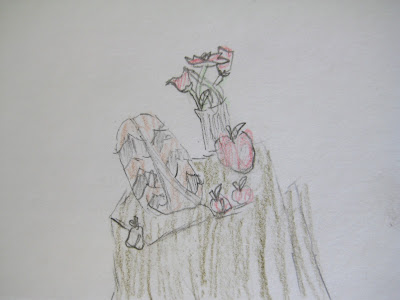 Posted by Danielle No comments: Links to this post 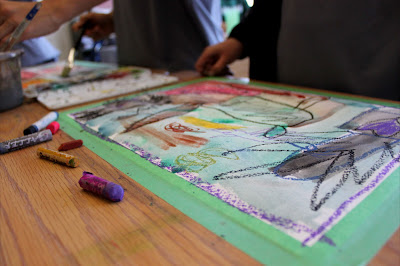 ﻿﻿﻿﻿I haven't posted for a while due to many things going on over the past month including 2 weeks of Spring Break and our Arts Week. Arts Week was amazing this year. It spanned for 4 days, where we had visual and dramatic artists as well as musicians come in and perform and conduct workshops with the students. I coordinated eight workshops for Kindergarten to Grade 7, where I had artists come in and work with students in mediums ranging from felting, to Chinese watercolour painting, to button collaging. Here are some pictures of the workshop highlights:

Danielle
Welcome to Art Room with a View! I teach art to 500 children from Kindergarten to Grade 7 in Vancouver, BC in a room with a phenomenal view of the mountains and the sea. Visit often to see what we've been up to in my art room and feel free to borrow ideas or leave a comment if you'd like!